20000 foreign trade enterprises in Qingdao have basically returned to work

according to the data released by Qingdao Customs on March 10, the total import and export value of Qingdao in the first two months of this year was 82.56 billion yuan, down 7.8% from the same period last year, 0.1% narrower than the overall decline of Shandong Province, accounting for 29.7% of the total import and export value of Shandong Province in the same period, down 0.3% from the same period last year. Among them, the export was 43.03 billion yuan, down 13.2%; Imports reached 39.53 billion yuan, down 1.1%. According to the analysis of Qingdao Customs, the COVID-19 has caused a certain impact on import and export in a short time. However, with the success of epidemic prevention and control, the implementation of stable foreign trade policies and measures, and the acceleration of enterprises' resumption of work and production, Qingdao's foreign trade can withstand the impact and is expected to recover steadily

the impact of the epidemic on imports is not obvious

the reporter learned in the interview that under the superposition of multiple factors, the production and development of foreign trade enterprises in Qingdao in the first two months really faced many difficulties, involving logistics, resumption of work, performance, receipt of orders and so on. However, it is mainly reflected in exports, and the impact on imports is not obvious

the statistical analysis of Qingdao Customs shows that the import and export in January is mainly affected by the Spring Festival holiday earlier than last year, which is in the normal range. Among them, imports and exports decreased by 3.7%, exports increased by 2.9% and imports decreased by 12.4%. The impact of the epidemic began to appear in February. In particular, the delay in the resumption of work and production of enterprises after the festival had a great impact on exports. In February, the export value of Qingdao decreased by 39.4%

however, driven by the strong demand for consumer goods and the advantages of bulk commodity logistics distribution, the import value of Qingdao increased by 14.6% in February, of which the imports of metal ore, rubber, aquatic and marine products, pork and integrated circuits exceeded 20%

the reporter also observed that in the case of overall decline, there were still many positive changes in Qingdao's foreign trade import and export in the first two months

with the efforts of enterprises, the government is effective and the natural results are obvious. Customs data monitoring shows that in February, Qingdao's foreign trade import and export value increased ten days by ten days, and the amount of enterprise declaration forms increased ten days by ten days. According to the statistics of the Municipal Bureau of Commerce, at present, 20000 foreign trade enterprises in Qingdao have basically returned to work in an unsaturated state; Among them, 1200 enterprises with import and export of more than 10 million US dollars have resumed work, with a return rate of 100%

the trend is good, but we should also see that under the environment of global industrial chain and supply chain, the overseas epidemic continues to expand, especially the epidemic situation of Qingdao's main trading partners such as Japan and South Korea continues to spread, which will still have a certain impact on the normal development of Qingdao's foreign trade enterprises

relevant experts believe that Qingdao should further stabilize its foreign trade base. The current focus is to use key industries and leading enterprises to drive the upstream and downstream of the industrial chain to fully restore production capacity. At the same time, it should vigorously explore diversified international markets, continue to deepen economic and trade cooperation with countries along the "the Belt and Road" and expand the space for foreign trade development. In the short term, foreign trade import and export are gradually returning to the normal development track. In the medium and long term, the industrial foundation of Qingdao's foreign trade development is solid, the hinterland is broad, the endogenous driving force is increasing, and the long-term trend of foreign trade will not change 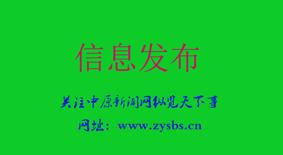