what does shopline do? What's the difference between shopline and Shopify? 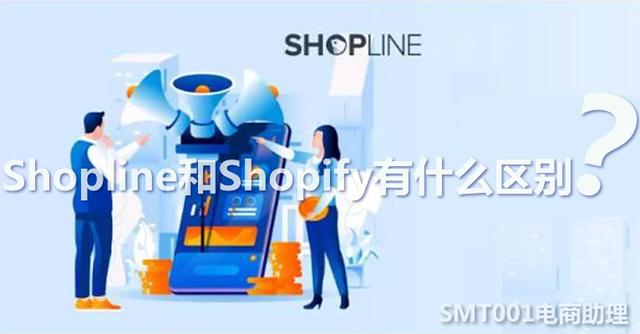 how many products can be delivered independently?

What does shopline do? What is the difference between shopline and Shopify?

Customs, store design with various styles, online real-time customer service, data usage analysis and other background management tools. Shopline and Shopify are both SaaS platforms. What's the difference between them

2. Different services. Shopline arranges 1-to-1 account managers, who can personalized solve the complex problems faced by customers in cross-border e-commerce operation. For flagship customers, the consulting service will take the initiative to evaluate the business status of customers and give regular suggestions to independent stations, so that customers can stand out in a complex and changeable environment. Shopify also offers free consultation online, but if the seller needs other services, they are through a paid third party

how many products can be distributed independently

at this stage, the general environment of cross-border e-commerce is the intense competition of third-party platforms such as Amazon, express, eBay and wish, and the platform rules are becoming more and more strict. Small and medium-sized sellers of Amazon platform not only need to compete with their peers, but also need to compete with Amazon's self operated stores. It is said that Amazon's self operated stores will also sell when they see the seller's hot money! Moreover, the rules of the third-party platform are changeable, and the product is difficult to appeal after being taken off the shelf for various reasons. The platform also infinitely enlarges the authority of the buyer, causing great losses to the seller. So stand alone and stand at the outlet of a new round! However, the vast majority of sellers or third-party platform stores and independent stations operate at the same time, because the two are not one of two, but complement each other

a small partner asked how many products the independent station delivered to be effective? Xiaobian wants to know whether this effect refers to flow or order. No matter which one, I think the original intention of cross-border businesses to establish independent stations should be to establish product branding and successfully sell products. The ultimate goal is to sell products to make money. After the establishment of the independent station, it does not carry traffic. This is different from the third-party platform stores. It may have some natural traffic from the search engine after it is launched, but it is relatively small. The traffic is more important to rely on the merchants to promote it. How to do the promotion and drainage of independent stations is another big issue, which is put on hold for the time being

there is no limit to the number of new products on independent stations. Unlike the restrictions on third-party platforms, the most typical example is Taobao stores. The number of products that can be released varies with store levels. Let's take an example. Shein, a successful independent station enterprise overseas, has about 2000 new models every day, and 3000-3500 models in the highest days. If it's a platform store, it's probably something you can't think of or do. It is suggested that novice sellers of independent stations operate small and beautiful vertical categories instead of large and complete categories. With the ultimate cost performance + massive SKUs, they can grasp the dividends of overseas traffic operation and bring Chinese brands to sea, which can also achieve the same success as Shein