the total import and export volume of foreign trade reached 9.8 billion yuan, and Licheng District accelerated the construction of a new pattern of opening to the outside world

on the morning of January 27, the fifth session of the 18th people's Congress of Licheng District, Jinan opened. The chief of the district government will report to the general assembly of Cao Licheng District government. The report points out that in 2020, Licheng District will fully promote reform and opening up, have the courage to solve development problems, and accelerate the burst of vitality. Adhere to the direction of market-oriented reform, deepen institutional innovation and process reengineering, continue to create a fair and open market environment, and accelerate the construction of a new pattern of opening to the outside world 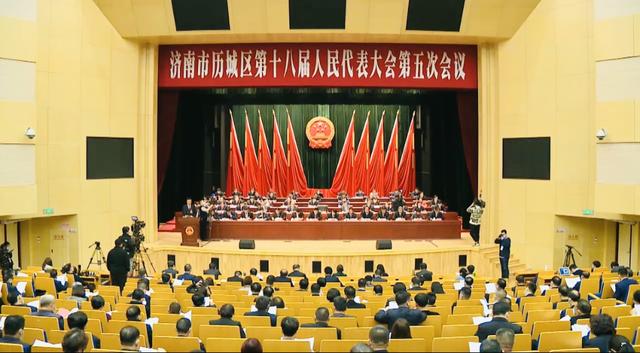 comprehensively optimize the business environment. We thoroughly implemented the reform of decentralized management and service, undertook 81 items of municipal decentralization, 725 service items, achieved" one window acceptance"in all fields, and put into use the district government service hall with an area of more than 10000 square meters. We actively carried out" one chain handling " Process reengineering, online public resources electronic trading platform, restaurants, supermarkets, clinics and other start-up procedures shall be approved within half a day. Build the first 24-hour online assistance center in the province, carry out government affairs agency services, and mail 33112 various approval certificates and licenses free of charge. The innovative "Pro business Salon" government enterprise consultation platform was set up, 24 on-site exchange activities were carried out, and 298 enterprises participated, which solved a large number of practical problems perplexing the operation of enterprises

deepen the reform of system and mechanism. The reform of 10 production and operation institutions was fully completed, and all 616 personnel were placed in place. We will innovate the regulatory system for state-owned assets, improve the internal governance structure, and revitalize 4.16 billion yuan of state-owned assets. Lingang Economic Development Zone took the lead in completing the reform of the system and mechanism of provincial development zones in the city, and launched the first whole chain flow chart of construction projects in the province

innovate the working mechanism for the transformation of scientific and technological achievements. Explore the new legal person registration mode of "four unlike" new R & D institutions and institutions, and cooperate with the Provincial Academy of Sciences to jointly build Jinan supercomputing Technology Research Institute

fully promote the construction of inland port. The dry port building was basically completed, and the construction of the multimodal integrated logistics hub of Dongjia freight center was accelerated. The number of "Qilu" Eurasian trains exceeded 500, an increase of more than twice. The total import and export volume of foreign trade reached 9.8 billion yuan, and the signed amount of the third China International Fair was 1.6 billion US dollars, which has become an effective "accelerator" to boost the economy