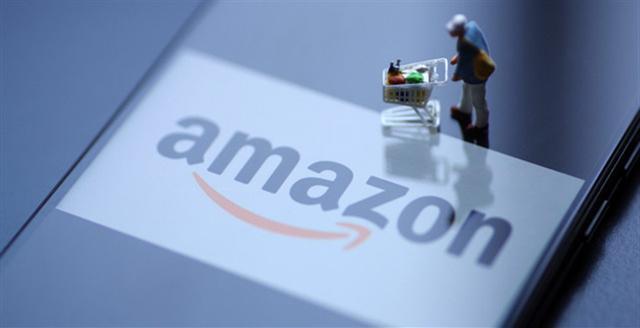 are you still unwilling when there are only 100 days left from the end of the year?

then push yourself and work hard, and 100 days can create miracles!

when the peak season comes, what is the most distressing thing for the seller's friends?

then the account is closed, the stores are gone, and the peak season has nothing to do with themselves. At this time in the second half of the year, the old cross-border e-commerce people will have such a palpitation. Is the platform starting to blow again and start a thorough investigation?

a seller who has not violated any rules may feel more secure, but in such an era of black technology, cross-border e-commerce people can not operate reliably. Others are running on such a big road. A seller told me that he didn't want to find an evaluation, but he felt that he had lost the" starting line" Yes, so he also spent a lot of money on such an "operation"

why does the Amazon platform conduct a thorough investigation at such a time every year? This may be just a coincidence at a time point, and many sellers say: settle accounts after autumn. After all, today is the autumnal equinox. When do you say it's not now

according to the feedback of the successful sellers, it is not because of the evaluation. Maybe some other sellers are blocked for different reasons, and the reason why most of them are blocked this time is also a common problem, that is, association blocking

in the field of e-commerce, associated store closure has always existed, and it is a particularly aggrieved reason, because many sellers open multiple stores, not all to sell illegal products, but also to make more orders and share more of the risk of store closure due to misoperation

but from the perspective of the platform, the platform doesn't think so. The platform thinks that sellers should do a good job in products, services and improve the indicators of their stores. As long as they don't violate the rules and operate well, a store can support a company or even n related companies. Why open more stores? Do you want to hype more, For those who sell some products that are not bright, another point is to reduce the homogenization of products on the platform

therefore, most of the reasons for being blocked this time are related. In fact, this problem can be avoided for sellers. Before that, tradebrother has also shared many related contents

the peak season of cross-border e-commerce has also begun. If the account is blocked at this time, That can cause heavy losses. In addition to being unable to sell again, the inventory in your FBA has also become waste, so we must pay attention to some problems

those who like brother Mao's articles, remember to forward them to the circle of friends

next, let's also take a look at some information related to cross-border e-commerce:

I. Amazon's autumn Alexa hardware event will be held on September 24

Amazon's autumn Alexa hardware event is planned to be held at 1 p.m. EST on September 24, At present, it is unclear what may be revealed in the activity

the invitation sent by Amazon to the verge indicates that Amazon's equipment and service team will share "some news". This means that Amazon will not be invited to the event

2. Amazon China announced the launch of the "overseas shopping festival" for three months

Amazon China introduced that at present, the total amount of its overseas purchased products exceeds 30 million, which has achieved a growth of more than 375 times in six years, including 30 categories and more than 480000 diversified international brands

III. shopee has become the largest e-commerce platform in Singapore