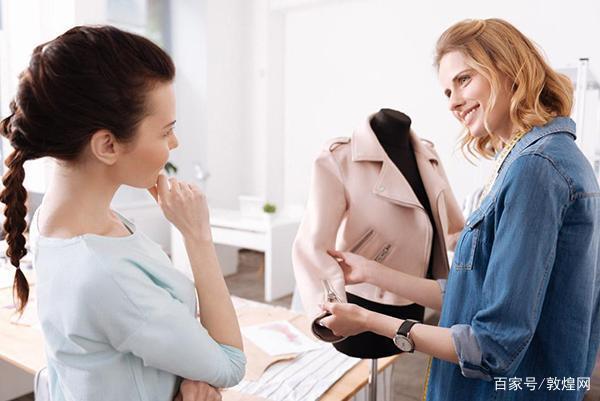 whenever young fashion designer Hawa Adan Hassan designs new dresses for paying customers, she feels an unfulfilled sense of satisfaction. For her, fashion design is her lifelong dream. The 23-year-old college student began to run a family workshop at her home in Mogadishu, the capital of Somalia, last year. Hassan's father is a tailor, her sister helps cut and sew clothes, and her brother also helps invest in sewing machines and other equipment Business is growing locally

in terms of traditional buying habits, the garment industry in Somalia only adheres to a simple principle: the rich wear imported clothes and the rest wear locally produced clothes. Somalis pay great attention to dressing appropriately in social places to show respect for others. Most people with high status are in suits. Many Somali men like to wear national clothes, wide cotton robes, small round hats and long calico on their shoulders

but local designers such as Hassan began to break this situation and began to design locally handmade clothes for the high-end market. In such an emerging industry, Hassan insists on self-study and often watches fashion design programs on TV to find inspiration from well-known designers. In her home studio, Hassan designs ordinary or embroidered robes and headscarves with sketches and ink, including all kinds of black or bright colors, as well as tight or loose accessories

for decades, war and unrest have focused most of the attention of Somali civilians on survival and death, and its capital is still bombed and attacked by armed elements of the extremist organization "Al Shabaab". But like many residents in Mogadishu, Hassan is used to violence. She doesn't care about the frequent explosions and gun battles in Mogadishu, saying it's just an "inconvenience" of her business and may disrupt her delivery plan

Muna Mohamed abdulahi, another 24-year-old start-up fashion designer, hopes to encourage Somalis to be proud of locally made products. "Some people come to my store and when they know these clothes are locally designed and made, they turn around and walk away because they have a negative impression of locally made clothes," abdulahi said

most of the clients of these designers are as young and rich as them. Some clients said that these clothes are in line with the body of local people, while most imported clothes will deform, and the price of local clothes is also cheaper than imported ones, so it is convenient to modify and cut them

as a male fashion designer, abdishakur Abdirahman Adam also faces double criticism in the process of pursuing his dream. Because in Somalia, it is difficult for men to become fashion designers because it is considered to be women's work. However, Adam said that he will continue to design clothes for men and women and compete with imported products from abroad

these designers began to use their own ideas to create, break through the tradition and break the pattern. Local customers also began to pursue unique fashion and want to show their beautiful side, which seems to be particularly special in such a war-torn environment. Local deep-rooted conservatism is being challenged, and Somalis seem not to be afraid of different looks

(source: Hugo network "Somalia where the rich only wear imported clothes, how local designers transform and break through")