Xinhua news agency, Beijing, June 11 (reporter of China Securities Journal, nimingya) when talking about the operation of China's foreign trade from January to May this year, the head of the foreign trade department of the Ministry of Commerce said that at present, the COVID-19 is still spreading around the world, The external environment facing China's foreign trade development is still complex and severe. The Ministry of Commerce attaches great importance to the difficulties and challenges faced by foreign trade enterprises in terms of raw material prices, exchange rate fluctuations and sea freight, and will continue to work with local and relevant departments to promote solutions 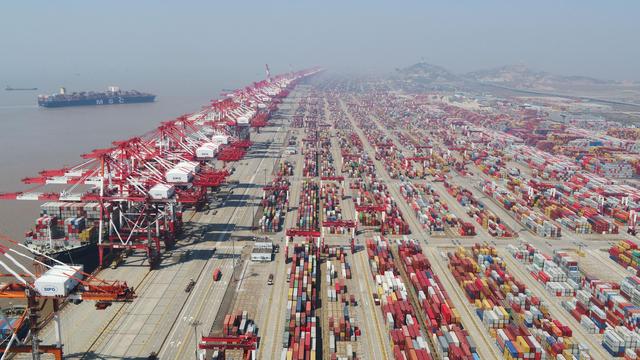 the above person in charge said that from January to may, excluding the influence of last year's low base, China's import and export still maintained rapid growth and showed strong foreign trade development toughness.

the proportion of general trade exports continued to increase. The industrial foundation was more stable and the ability of independent development was continuously strengthened. The export of general trade increased by 34.5%, raising the overall growth rate by 20.3 percentage points, and the proportion increased by 2 percentage points to 60.9% compared with the same period last year.

the competitiveness of foreign trade entities was further enhanced. The scale of private enterprises continued to grow and the role of foreign trade" stabilizer"was prominent. From January to may, the export of private enterprises was 4.53 trillion yuan, an increase of 39.4%, raising the overall growth rate by 20.7 percentage points, accounting for an increase of 3.4 percentage points to 56.3% compared with the same period last year.